Mums In The Wood is pairing up with Carfax Education to do an 11+ Workshop for students sitting the 11+ exam 2016/2017 on 12th November 2016 in St John’s Wood. We will run a short revision session which will be followed by a mock exam. The papers will then be marked and sent out with comments and recommendations via email to the parents. 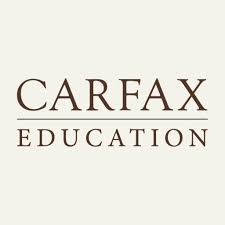 Places will be only be confirmed upon receipt of payment. Please note that we operate a 48 hour cancellation policy. If you do not give us 48 hours notice, you will not be eligible for a refund. Refunds will NOT be processed if less that 48 hours notice is given. If notice is given prior to the 48 hours, 50% of the full price will be refunded.

The English session will be run by Mr Joseph  Charlton who is experienced in coaching children up to degree level. Joe read English Language and Literature at New College, University of Oxford (2008-2011). He received a First Class degree, and was awarded a scholarship by Oxford for academic excellence (2011). He also won the ‘Rupert Murdoch Scholarship’ for his contribution to journalism.

He has worked with a multitude of students, both native and non-native.

Outside of tutoring, Joe worked as a journalist (2012-2015) for The Financial Times and The Independent. He then worked as Media Adviser to Evgeny Lebedev (owner of The Evening Standard), overseeing all of his media engagements and charity campaigns (including, but not limited to, meeting the Pope, raising money with Elton John, and charity initiatives with Stephen Fry). He left this job in 2015 and is now tutoring full-time whilst also writing and producing plays. His band recently won a record deal, and have played at several festivals.

The Math component will be run by Felix Legge who is experienced in coaching children from 9-16 years of age. Felix grew up and went to prep school in Hampshire. He was a Scholar and Head Boy at Winchester College (2003-2008). He received ‘A’ grades in 5 A-levels: Maths, English, Russian, French and Italian. He also achieved an ‘A’ at AS Biology, and 9 GCSEs (7 A*, 2 A).

After a gap year, he read Italian and French at Christ Church, University of Oxford. He graduated with a first class degree in 2013.

Felix teaches all subjects at 11+ and 13+ (including scholarship), and Maths, Sciences, Languages and English Language and Literature to GCSE. His students have successfully passed into Eton, Harrow, Winchester and other of their first choice schools. He has raised one student from an E to an A in Common Entrance Maths. He is a popular tutor, and regularly referred by parents.