Assessing the 4+ Assessment Process: A Mums In The Wood Editorial Comment 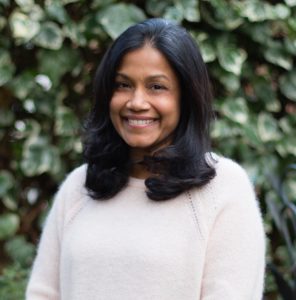 Mums in the Wood founder Rajni Jayasekera gives us her comments:

“Parents have always had widely differing views on how the academic progression of their children should be managed. Some believe that the early years should focus on play and learning about the world around them in a natural way, whilst others think that it is important for children to be academically competitive as soon as possible in order to gain entry to the schools that will bring out the best in them. The 4 plus assessment is just the latest academic milestone to manifest these differing opinions.

From the perspective of the schools that employ a 4 plus assessment, one might ask whether they should be assessing children at such a young age. In return I would ask, why do schools assess at this age. I don’t believe the schools are particularly thrilled about the need to assess 3 and 4 year olds. They do it because with a finite number of places and large numbers of applicants, some level of selection criteria  has to be applied when choosing the children to whom they will offer places. Thinking about it, what other criteria could they use? A first come first serve basis? Inflated fees? Parental profiling? Granting priority based on alumni or siblings? A lottery based approach? Identifying catchment areas? All alternatives that seem no fairer, and seem less likely to yield more able students than an assessment based on academic ability, willingness to learn, and social integration.

Schools are best able to pick the most appropriate students as part of an assessment process when the kids they are assessing have not had specific coaching, as they must compare like for like. There is an expectation from schools that parents do not coach or tutor their children in order to “beat the system” but, a parents first priority is to do the best for their child. A level playing field is the primary concern of a school, not a parent. A parent only cares about a level playing field if it benefits their child. If a parent knows that a school will be assessing the ability or behaviour of their child, they will of course try to prepare them for the assessment, and as such the child the school will see will be the child the parent has groomed and nurtured for this process, not the child that has evolved based on their natural ability and actual upbringing. No amount of dissuasion of a school to coaching or tutoring is going to change that. This is the fundamental dichotomy of the assessment process.

The level at which assessments are pitched is a cause for consternation for parents. But something we often forget is that the schools do not want to turn assessments into insurmountable obstacles, designed to trip up 3 and 4 year olds. Instead, assessments allow schools to gain confidence that a child will be able to thrive and learn according to their curriculum and academic pace and not struggle.  The situation has been exacerbated by the fact that the practice of coaching slowly raises the bar for everyone, thus making it harder and harder to stand a chance of competing without external help. The vaguely ridiculous end result of this phenomena is potentially a class full of applicants performing and behaving in a way that is a gross distortion of how they would be in a normal classroom environment. This is hardly a vindication of the process.

As such, I would advise against rushing to tutor your 3 or 4 year old without exploring other options first. Talk to them, teach them through play, read to them from as young an age as possible and you will find that your child won’t struggle at most of the so called dreaded assessments. It is worth always bearing in mind that at this age being able to converse and interact well with others will count as much in their favour as advanced academic ability.

Having said that, I do feel for parents. The view of schools towards external help is quite interesting under scrutiny. Tutors are frowned upon, but certain select nurseries that are known to coach specifically for assessments seem to have their applicants treated favourably, leading one to ask the question what exactly is the difference? Working parents will inevitably not be able to devote anywhere near as much time to nurture and prepare their children as stay at home parents. Is it wrong of them to seek external help to fill this gap?

In conclusion then, the system does seem in some sense to have fallen victim to itself. The rights and wrongs of this process, are far from clear, and will vary widely based on whether you view it from the perspective of the school or the parent and there seems to be little hope of  any drastic changes in the current system being effected in the near future. One thing is apparent though, the differing priorities of schools and parents, though reasonable and understandable in their own right, are not really compatible, and the dissatisfaction and frustration of parents at the assessment process is ultimately a result of this incompatibility.“

We’d love to hear your thoughts. Will your child be taking the assessments? Do you think they are the best way to allocate school places?