The 11+ A Comprehensive Overview-Part 2 of 3 By Ranulph Tees, Founder, Cavendish Milton

Ranulph Tees is the founder of  Cavendish Milton tutors and is an excellent source of knowledge and expertise on the 11+ exams.  Ranulph Tees, (previously an investment banker), has built London’s leading provider of specialist 11+ support and has helped over 500 pupils and families navigate the 11+ exam system over the past decade. He has overseen multiple successful applications to Britain’s most elite schools and built Cavendish Milton to fulfil a service that no other company offers: a results-orientated and assessment-led approach to tuition, which at the same time focuses unreservedly on the welfare and long-term flourishing of each child. 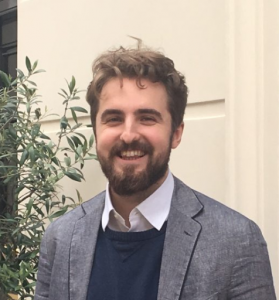 Personally, I choose I-Seb as it’s easier to say (and I do say it about 20 times a day), but it is a matter of personal taste.

This article will hopefully answer many of your questions about the ISEB Common Pre-Test. It is Article 2 in a series of collaborations on the 11+ between Cavendish Milton and Mums in the Wood Education, so make sure you’ve read Article 1 first.

So what is the ISEB Common Pre-Test (hereafter referred to as just ‘the Pre-Test’) and how does it relate to 11+ exams?

Well firstly, there are many core similarities between 11+ exams and the Pre-Test:

What often confuses people are the differences unique to the Pre-Test, such as:

Let’s look at some of these points in greater depth.

The online, computer-based approach of the Pre-Test can be daunting to students and parents alike, as can the multi-choice aspect. Kids have spent all this time in school being taught to write neatly between the lines in full sentences, and show all of their working out. Suddenly they are being assessed purely on the quality of their answers alone. Are they right, or are they wrong – that is the only thing that counts. And this can be scary.

However, the key thing to remember is that the syllabus and content for the exams are identical to what they’re studying in school. It really is just the format that is different. The best way to ameliorate fears about the alien aspects of the Pre-Test is practice. Practice working on a computer using tools like Planet Bofa and Atom Learning. Practice doing multi-choice questions by working with relevant past papers, and use additional learning materials available through Amazon or Waterstones (age-appropriate CGP or Bond books designed for GL Assessment tests should be suitable).

What about the fact that you only take the exam once, and that it goes to all schools? Again this is a little scary, but it has its upsides. Over the past 15 years, the application rates for top independent schools in the UK have shot upwards astronomically. This means that it is now quite common for students to take as many as 6 or more sets of exams in a single season (usually November to January of Year 6), which is gruelling for a GCSE or A-Level candidate, let alone a 10 year old. Resultingly, by applying to schools that use the Pre-Test, the number of exams is reduced. The result is a trade-off between a slightly more stressful day and a less stressful period of time.

The Pre-Test is also typically taken before Christmas break – which I think is excellent, as otherwise children (and families) can have a miserable time in the period before January, when so many 11+ exams are traditionally crammed in. There are also some schools which allow students to take the Pre-Test in Year 7 rather than Year 6, which helps lower the pressure somewhat.

This year the 11+ Consortium have swapped their examination process to the ISEB Pre-Test. This is most interesting, because historically the Pre-Test has been taken by many more boys than girls, as it is typically boys’ schools in London that have used it (NB. This is not true of the co-ed boarding schools outside London which have used the Pre-Test in the past). With respect to this change, I have had many parents call me up with a number of questions. The main one I get asked is – how is the Pre-Test different to the previous Consortium test?

Well the previous Consortium test was a single 75-minute exam, which was entirely multi-choice but conducted on paper. It covered bits from English, Maths, VR and NVR, but was predominantly focused on ‘Cognitive Ability’ generally, as opposed to subject-specific knowledge. The Pre-Test, by contrast, is 4 separate tests (one for each subject), with different timings for each section. It is usually taken over two days in late November, with 2 sections on each day. There is a little more of a ‘comprehension’ feel to the Pre-Test’s English section than the consortium, but other than that the tests are broadly very similar – as with all 11+ exams.

The final point I will mention is something that invariably gets asked by parents and students alike prior to taking the Pre-Test. It is adaptive. What does this mean?

In short, it means that the difficulty of the questions varies depending on the performance of the candidate. Get questions right, the difficulty increases. Get them wrong, the difficulty decreases. The long answer is far too long for an article like this, and involves a complex branch of educational science known as Item Response Theory. You don’t need to know about this.

Because the test is adaptive, many kids think ‘if you don’t find the test hard, you didn’t do well’, or the inverse ‘if you found it hard, you did well’. This is not the case. Most adults struggle to gauge how their doing on adaptive tests. It’s almost impossible for kids to make such a judgement about themselves. They should stay mindful only on each question as it comes.

The best approach to adaptive tests is the same as all exams: get the appropriate balance between accuracy and speed, and aim to maximise both without sacrificing the other. Silly mistakes at the start can be very damaging, but likewise not going fast enough can be a problem. It’s a tall order for a 10 year old, but maintaining a healthy approach to these exams and viewing them as a fun challenge to be conquered rather than something to fear is the way forward.

How can you prepare further? Well at Cavendish Milton we specialise in 11+ and ISEB Pre-Test exams are one of our main focus points. If you want a skilled tutor to guide you and your child through the process, please don’t hesitate to get in touch via our website, or email ranulph.tees@cavendishmilton.com now.