Pre-tests, What You Need to Know by Victoria Smith 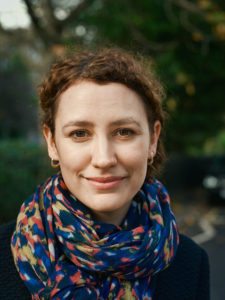 Few words inspire such dread in mums of boys than the words pre-test. I say ‘mums of boys’ because for the most part, girls taking the 11+ avoid the additional hurdle of pre-tests… but there are a few exceptions (read on!)

Pre-tests can cause stress on four levels. Firstly, they often occur — for boys at least — 2 or 3 years ahead of the actual entry point of the new school. This means that parents who aren’t ‘in the know’ may be taken by surprise to discover that their son, who was apparently safely ensconced in his lovely prep school until 13, is suddenly facing competitive tests early on in Y6. Parents often tell me they feel completely unprepared for these assessments, and feel understandably flustered!

Secondly, pre-tests tend to be a little mysterious in content. A lot of top independent schools use the ISEB Common Pre-test, which is an online, adaptive test covering English, Maths, Verbal and Non-verbal reasoning. There are no past papers available and limited official information is released about the exact style of questioning. This minimal transparency is by design: it means the examiners don’t want pupils to be heavily prepped by tutors who know exactly what to expect. Pre-tests always aim to assess academic potential, not attainment.

Thirdly, the varied pre-testing process of different schools can result in some boys facing multiple assessments in Y6, Y7 AND Y8. This can be a gruelling process, especially if it comes with a dose of rejection. It’s worth ensuring ahead of time that your child doesn’t have their heart set on a specific, highly academic school, and trying to keep pressure to a minimum when discussing school options at home.

Finally, the increasing importance of pre-tests in securing a secondary school place means that boys are essentially selected at age 10, rather than age 12/13. Some parents feel that their son has simply not matured into their true academic potential at this age, and would be better served by an assessment a couple of years later. But the system is what it is — and pre-tests must be confronted as crucial step in your son’s educational journey.

What are pre-tests in a nutshell? They are computerised tests which allow the school to filter candidates before they sit written exams or attend an interview. Independent schools and public schools have so many applicants (think 600 – 800 applications for 90 places or so) and the schools can’t afford to formally assess so many kids. Pre-tests tend to place emphasis on reasoning and multiple choice questions in order to reward natural cognitive ability rather than learned techniques. Pre-tests are adaptive, which means if you answer a few questions correctly, the test gets harder, allowing subtle differentiation between pupils. They can be very sensitive to timing: unlike written exams, specific questions may have a time limit, and often the pupil is not allowed to return to missed questions or check previous answers at the end.

Are all pre-tests the same? No – but the ISEB Common Pre-test is now used by a lot of schools including City, Eton, Harrow, St. Paul’s, UCS, Westminster, Radley, and Brighton College. This means your son would only sit the Common Pre-test once and the results can be shared among schools. There is another type of pre-test called the UKiset which is fairly similar in format but is designed for international students, in order to assess whether they are appropriate candidates to apply to British schools. Some top girls’ schools — St. Paul’s Girls’, Henrietta Barnett and Wycombe Abbey, for example — use a different style of pre-test known as CEM. Since girls generally move at 11, these pre-tests are generally taken just a a couple of months before the main entrance exams, to ensure that only those with the potential to succeed are invited to sit the written papers. Essentially, CEM is just a different ‘exam board’: the content is fairly similar to ISEB / GL tests, but is, in theory, a bit more diverse, unpredictable and ‘tutor-proof’.

Just to confuse matters further, some schools use a two stage pre-test: for example, to get a place at Eton or Westminster you have to sit the ISEB pre-test in Y6, followed by a school-specific pre-test if you’re successful.

Are pre-tests the same as 11+? No! For boys at least, the pre-test is usually a first step towards a 13+ transition. Traditional boys’ public schools tend to make a conditional offer in Y6, based on the pre-test, but the pupil will still need to to achieve the required grades in the Common Entrance in Y8. I won’t go into detail about what the Common Entrance involves here, but it’s helpful to know that the vast majority of those who get offered a place via the pre-test will go on to secure their place.

Any pre-test taken in Y6 will of course based on the same core content as the 11+, which is Key Stage 2 of the National Curriculum. A child who is confident in all of the topics of KS2 will be in a good position for either pre-test or 11+.

Is extra preparation required? This is always a hard one to answer. Of course, some children will fly through pre-tests easily, with no extra support or tuition. However if you feel your child might be borderline in the selection process, or if you feel there are gaps in their understanding, confidence or attainment, you would not be the first to decide that a tutor might help. In particular, I would look for a tutor who is experienced with Pre-Tests and who can focus on the following:

Learning fundamental ‘exam technique’ — that is to say, reading the question carefully and interpreting it accurately. This includes being alert to the potential pitfalls of multiple choice questions.
Gaining familiarity with verbal, non-verbal and spatial reasoning. These are not subjects which are ‘taught’ at school, and although they’re designed to assess innate potential, some students panic when they see quite an alien style of questioning. It’s all about practice.

Working at speed. Pupils need to focus and work fast! A good reading speed and quick, accurate mental arithmetic will help a great deal. This doesn’t mean rushing is good. It’s better to get the questions you answer right, than to answer all the questions.
What are the best resources?

Bond Books are always handy for VR and NVR: they cover all the age-groups from 7 upwards and publish some CEM specific books too. The website ‘Galore Park’ publishes books connected to the ISEB Pre-Test specifically, including material for English and Maths as well as Reasoning. For online practice, Bond Online and BOFA are super-useful subscriptions. Schofield and Sims also publish some helpful books of ‘Practice Papers’, and GL Assessment Papers are another handy resource.

Top tips? Try not to make it a last minute push. Reasoning develops best with a ‘little and often approach’ so think about 10-15 minutes every day or two. There aren’t enough resources available to do mock pre-tests all year, so make use of 11+ past papers too. They will develop thinking processes, subject knowledge and analytical skills. And remember that nothing improves English grades like consistent, challenging reading… so don’t pile on the academic work and forget to encourage your child to take pleasure in a good book.

Remember, if things don’t go well, there are still some great boys’ schools that don’t use a pre-test system and allow a purely 13+ entry track, and a few top schools will let boys to retake the pre-test later if they are coming on well at their prep school. Talk to your headmaster or headmistress and don’t panic.

Victoria is the Director and Educational Consultant at Griffin and Bell Education. She provides academic assessments, tuition and advice for children approaching Pre-tests, 11+ and 13+, and runs holiday courses to help pupils prepare for school entrance exams. Griffin and Bell Education is a tuition agency which introduces families to high quality private tutors in all subjects, from primary to degree level: www.griffinandbell.com